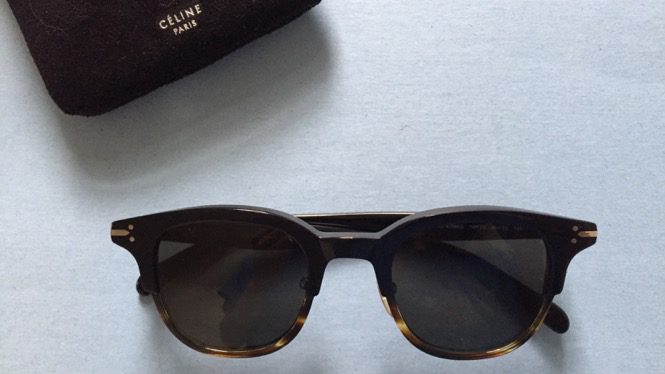 What happens when someone who’s “good at money” tracks their spending the old school way? With a pen and paper and not using an automated system like Mint?

Inspired by the Man Repeller and Refinery29 money diaries, I thought it’d be fun to see what happens when I track my spending for a weekend. Although I’m conscious about my overall spending, I’m at a point where I don’t feel the need to review purchases line by line. But that doesn’t mean there’s no room for surprises.

You are in for a treat, because this money diary is also the spendiest. Isn’t it more fun when people actually spend money?

I have some “lit” Friday night plans–stopping by Chinatown to pick up some grocery staples. Cue the club music. I actually like shopping on party nights, because stores tend to be less crowded.

Hmm, these scallions are not awesome-looking, but for 3/$1 they are good enough.

Side note: I left work at 5:50pm and get home at 7:50pm. So much for a “quick jaunt.” I should know better at this point–it takes an hour to go a few miles in the city.

While I’m shopping in Chinatown, my husband is picking up a bottle of wine for me. $19.59 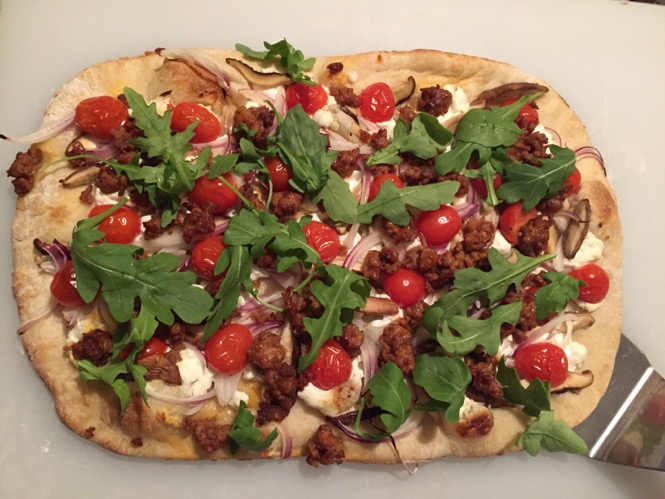 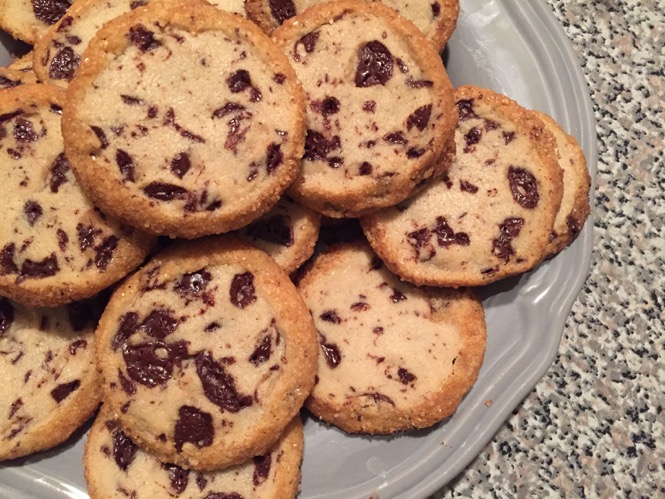 Breakfast is avocado toast with a poached egg on top and some strawberries on the side. I need fuel, because I’m in administrative mode. I’m looking at our spending Mint, reviewing all of our credit card points, preparing tax stuff, and investigating grocery delivery services. $0 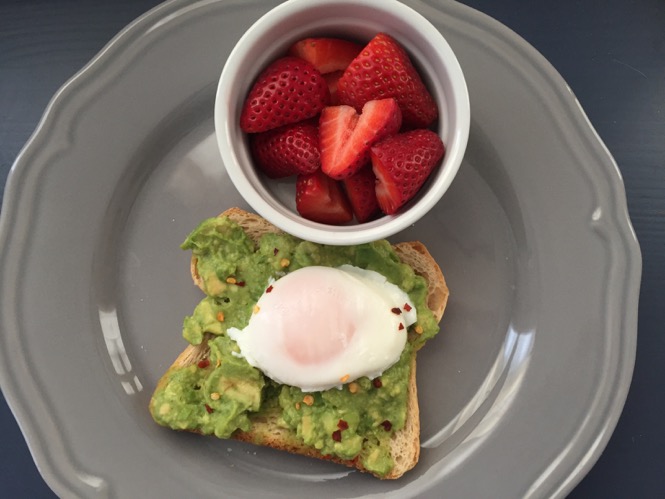 After lugging groceries home from Chinatown the night before, I’m wondering, is there a better way? One where I’m not carrying a five-pound bags of rice and glass soy sauce bottles through Chinatown alleyways to get to the train?

We’ve tried it before. Once from Amazon, but the options were really limited, and the prices questionable. Another time from Google Express, because I had a coupon. For those of you who have cars and can drive to their local grocery store, you’re probably wondering: What’s Google Express? It’s a delivery service from local stores like Walmart, Target, Costco, Bed Bath and Beyond, PetSmart, etc. Excellent for introverts who value their time and money.

But when I first tried it, Google Express didn’t offer Costco as an option.

We have a couple Costcos in NYC, but none of them are very convenient to where we live. Plus, we don’t have a car. So I’m giddy with possibilities of bulk purchases. All of a sudden I have 28 items in my cart. Family-sized items like a huge bag of trail mix for work (for just me), a case of tomato sauce, a gazillion coffee filters. And oh yeah, seaweed snacks. You might think those are a bit excessive, but don’t worry, I’ve already demolished a pack while writing this post. Basically, we are all set for snacks for the next two years and through any impending apocalypse. $329.09 (this includes a $60 Costco membership)

In case you’re wondering the value of ordering groceries (non-perishables), here are some items we buy that I’ve noticed are cheaper online:

Drano
Because I have a shedding problem, I’m very sensitive to Drano pricing. Two bottles at Costco cost $11.99, and if I walk to the CVS in my neighborhood, it costs the same for ONE bottle.

Coffee
Another example: a bag of Starbucks coffee at our local grocery store costs $11.99, but the same exact bag costs $7.99 at Target.

I know the online prices are probably more expensive still, but I’m not going to get in a car and drive to these stores myself, so this is a good compromise.

If you’re interested in trying Google Express, you can get $10 off your first order here. They used to charge $95 per year, but that went away, and now delivery is “free” as long as you meet minimum spends.

I also buy some bulk toilet paper and paper towels from Walmart. $43.88

The foray into online groceries takes so long, my husband and I both skip lunch and tell ourselves we’ll do an early dinner instead.

Our Saturday night plan: trying the Dan Dan noodles at Han Dynasty and watching The Shape of Water at a theater nearby.

We buy two tickets to the movie online, because you never know if it will be sold out by the time you get there. $33

We take the subway toward that neighborhood, but first we stop by Nordstrom Rack to see if they have any good shampoos since I’m running out. All the shampoos I like seem to get discontinued, and I remember seeing those exact products at Nordstrom Rack before. They don’t have the shampoos I’m looking for, but I wander over to the sunglasses section, where I super zoom (Instagram Stories style) on all three pairs of Celine sunglasses available in the entire store.

I’m obsessed with this one pair, the Erin style, an updated wayfarer. Why are they so great? Because they have NOSE PADS. Friends, I have a flatter nose bridge and I suffer from glasses sliding down my face all the time. With these, that problem would be a thing of the past.

The last time I bought sunglasses was in 2009–a pair of Ray Bans for $130. It feels weird to say this, but they are the only pairs of sunglasses I have had since. Of course, after nine years, they have some wear and tear. I decide to officially retire them and replace with the Celines. $170.87

I’ve been dying to try the Dan Dan noodles at Han Dynasty, and now they have a location closer to our apartment. We order two bowls of the noodles, scallion pancakes, and a beer for my husband. $40.59

For $8.95 the noodles were fine, but I like the Dan Dan noodles from Ivan Ramen a lot better. They’re way more flavorful and complex, but also more expensive.

We have time to kill, so hit up Target to grab a bag of Starbucks coffee for the next morning. My husband also buys a bottled water for the movie. $10.10

I’m thankful we bought the movie tickets ahead of time and arrive half an hour early, because the show IS sold out. Sally Hawkins, the lead actress in the movie, is INCREDIBLE.

Breakfast is buttered toast with some jam I got from work earlier in the week. Plus, some cut up pineapple on the side. $0 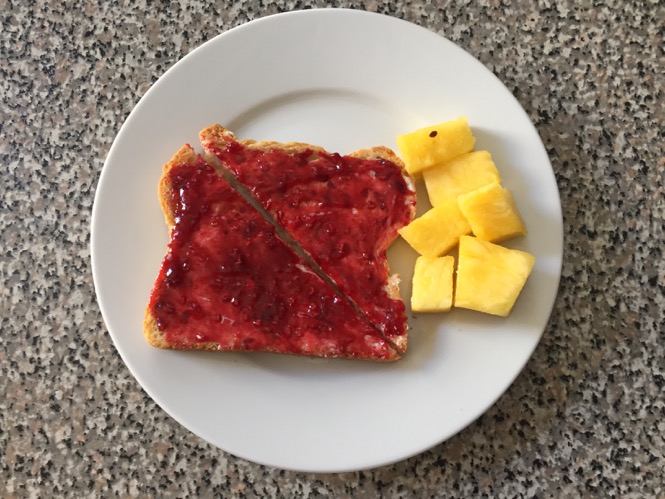 I want something super easy for lunch, so I find some takeout rice in the fridge, throw a fried egg on top, plus some rice seasoning. $0 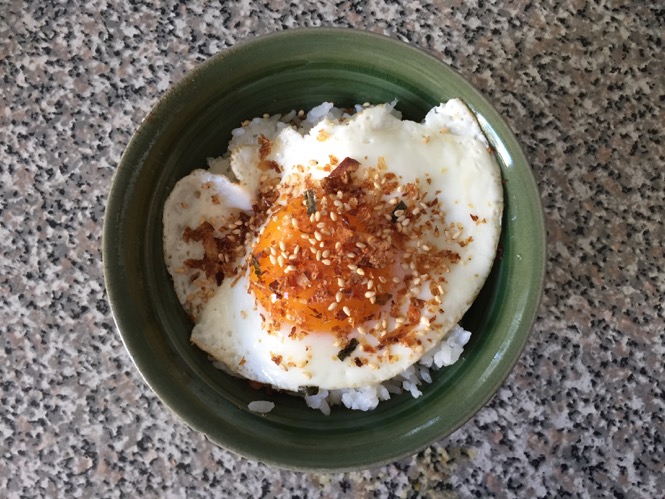 The doorbell rings, and the Costco stuff is here! My husband goes down to meet the delivery guy, but rushes back in, asking if I have any singles for a tip. I’m so embarrassed that I never even considered that we needed to tip the guy. My husband tips the guy $2, because that was all the cash we had. If we’re supposed to tip, then that seems insultingly low.

Later I take the subway to Trader Joe’s to get lunch and convenience foods for the week. Plus, they had a bunch of ranunculus so I spend an unnecessary, yet joyful $5.99 on those. $46.43

Now that bulk deliveries are in play, I’m curious to know how this will affect our spending in the future. Hopefully, this means we shop much, much less for non-perishable staples. I remember buying an eight-pack of floss from Costco once, and three years later, I’m just now almost done working my way through them. I definitely was not as selective in what I was buying from Costco, because some of the prices were so low. For instance, I bought 700 coffee filters for $3.51 that may or may not fit our machine. We haven’t been able to find a bulk version of the current ones we use, so we figured it didn’t hurt to try the Costco ones for a couple bucks. The filters look much bigger (even though they’re labelled the same size as the existing ones), so this could be a bad buy.

Another thought: If we are ordering more essentials online, it means less of our money is going to the local businesses, which make up the charm of our neighborhood. We’ll still always buy perishables and small things from local stores, but is that enough? Where do you draw the line between supporting local businesses without being financially wasteful? We can definitely afford to shop locally, but with prices often being 30% more expensive, it’s a tough choice.

Lastly, I still have no idea if we were supposed to tip the Google Express delivery guy! I should know this, because my first job out of college was a delivery driver for a Chinese restaurant! Anyway, I looked it up on the website, and there is no information on tips at all. So, my research is STILL INCONCLUSIVE. My husband says that since the delivery guy was in plain clothes and clearly a contractor, that we needed to tip him. But is tipping different if what you buy comes from a chain store versus a local place?

What do you think?

How many pairs of sunnies do you have?
People in NYC, what’s your favorite Chinatown grocery store?
Where do you stand on shopping local versus chain stores?
Have you tried any grocery delivery services? If so, which do you like the best? And how much should we have tipped???

PS: Here are other money diaries, if you’re interested. 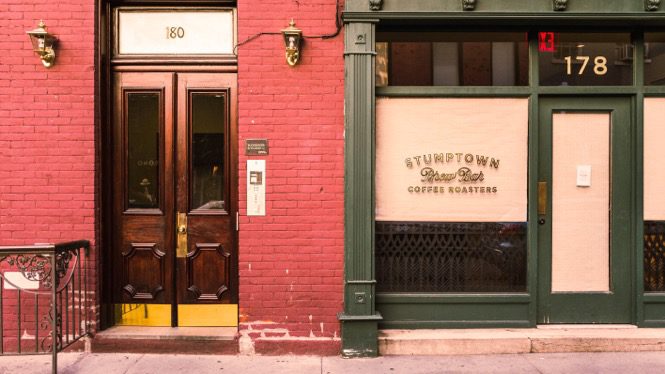 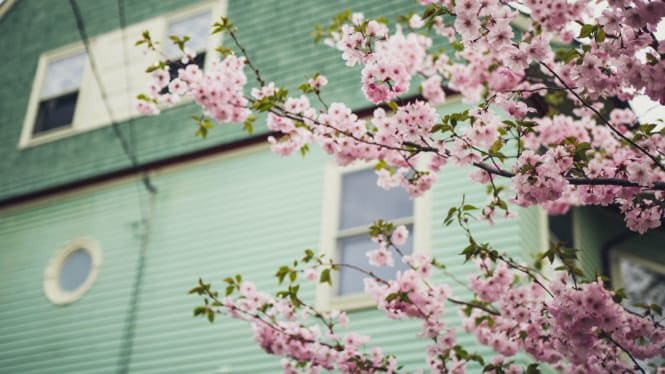 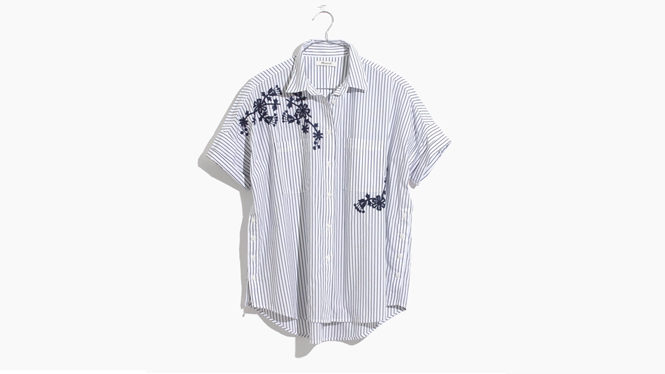 Six Month Shopping Check-In: What I Bought, What’s on My Wishlist