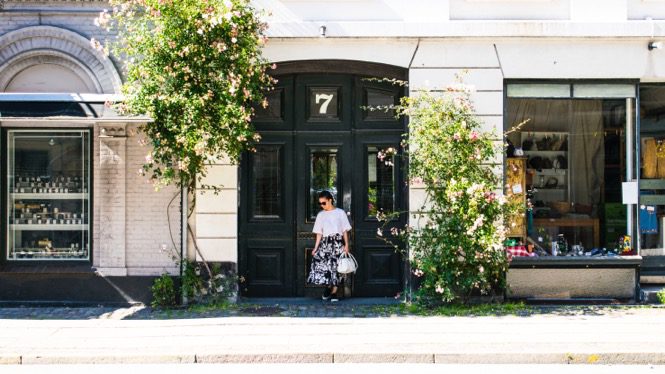 With my upcoming adventure vacation, going on a shopping spree would have been so easy. The destination, New Zealand, is known for its varied climates and unpredictable weather. Since I’d be spending most of my time outdoors, I obviously needed a rain jacket, a fleece, and hiking boots, right? And since I’ve thrown away my only out-of-the-house sweatpants, I needed a new pair for the 18+ hour flights. Besides buying for necessities, isn’t the funnest part of vacation the pre-shopping for cute outfits beforehand? (That’s a rhetorical question by the way, because hell yeah, of course it is.)

Those two things right there are impulse shopping traps just waiting to happen:

I don’t know about you, but if I knew I was going to Italy in the summer, I’d be immediately thinking, Hmmm, now is exactly the time to buy all the adorable vintage day dresses so I can gallivant around like Audrey Hepburn in “Roman Holiday.” Nevermind the tiny reality that I dress nothing like Audrey Hepburn in my everyday life. There’s some kind of fantasy element when we think about vacations. Maybe, for two weeks, while I’m gone from my regular life, I can be somebody else. That can be the only explanation for why I once bought those $8 face-sized sunglasses that looked suspiciously close to a pair of Celine glasses. I wore them on summer vacations, but they never fit into my everyday life.

Well, I’ve finished my shopping, and I can say that I’ve emerged relatively unscathed. Here was what was on my shopping list before:

And here’s what I actually bought:

I’m not going to lie: I DID do a ton of shopping. I went to Uniqlo, browsed eBay for weeks, and checked out every single outdoor clothing website known to man. I realized that there are reasons why I bought what I bought and why I rejected everything else. I did it by sticking to my core shopping philosophies.

If you have a shopping strategy, then it’s immensely helpful to refer to when you’re in a moment of weakness or indecision. It doesn’t have to be some kind of Benjamin Franklin manifesto on a scroll of paper, but a few reference points in your head can be super handy. Trust me, I waffled hard at whether or not I should buy a fleece. But then I thought, I’ve never ever worn a fleece in all the dozens of times I’ve went hiking. Why would I need it now?

So without further ado, time to navel-gaze at how I avoided mega-impulse shopping when I really, really wanted to.

Specifically, these were the three things I asked myself:

1. I never needed it before. Why now?

Like most people, I consulted various packing lists across the Internet. Some of them were miles long, and after reading a few, some items kept showing up again and again: the fleece jacket, the rain jacket, the boots. And that’s how I started going down the shopping rabbit hole. But here’s what many of the lists don’t address:

That they aren’t you.

Following a list is easy. The hard part is figuring out exactly what’s right for you. I had to think about my own specific situation:

And sure, all of those new things would make my trip more comfortable, but I have a history of being someone who can do without. For example, I live in New York City and yet do not own a raincoat, rain boots or snow boots. Despite all the lists that say you “need” to have those things. And all my years living in the city not once have I ever wished I had those items.

By looking at my past behavior and questioning the lists, I was able to negotiate existing alternatives where I could have easily spent money.

The rain jacket I did end up buying because the weather forecast is pointing towards rain for at least two of the days. I didn’t see a way around the jacket, since hiking with an umbrella seems silly. I also bought sweatpants because I plan on sleeping on the plane (lying flat) and I can’t imagine being comfortable in any jeans or pants. Plus, I live in sweatpants at home in the winter time.

2. Will it go with other things in my wardrobe? Is it versatile?

I must have looked at a million rain jackets, but ultimately I pulled the trigger on this Helly Hansen one. A rain jacket isn’t a staple in my wardrobe. As I mentioned, I don’t own any. So I figured if I was going to get one, it had to be in a color that I’d normally wear and would match my everyday outfits in the city. The one I bought also had a more oversized fit, which again, is a lot more my style. I could wear it in the city and not look out of place. So, I’m making the rain jacket fit into my existing wardrobe, instead of letting it be a standalone purchase.

And while the hiking boots idea was nixed, I still got transfixed on a new pair of trainers. I bought a pair of Adidas NMD 2, which ended up being too big and too wide in the toe area. Then I realized they were already a bad buy because they weren’t that versatile. I could only walk in them and do casual hikes, but I couldn’t run in them. So I returned them. As someone who doesn’t like owning a lot of stuff, If I’m going to buy a pair of new trainers, they better be useful for walking around AND running.

3. Is it exactly what I want? Or am I just settling because I’m desperate?

When I went to Uniqlo, I tried on a $20 fleece jacket. Nevermind that the fit was off–it was so cheap, it would have been so easy to pull the trigger and call it a day. But the purpose of the fleece was to keep me warm. Could it make the cut? I always thought fleece was some kind of special high-tech fabric that was the equivalent of the little lambs’ wool that the texture mimics. So I decided to look up the fabrication. POLYESTER. Oh, hell no. I’ve always worn natural materials for warmth (wool and silks), so synthetic materials felt less effective. For me, buying the cheap fleece would have been settling.

Because the fleece jacket I really want is this Steven Alan one that I tried on a few weeks ago. It has a more stylish fit and is made mostly of wool, which in my experience is much warmer than synthetic materials. I’d rather wait for it to go on sale than settle for a $20 jacket that’s just alright. So, no, instead of buying the fleece, I’d layer up on existing merino wool tops that I already own, and hold out for the jacket I really want.

Ideally, we’d all plan out our purchases, but when you’re in the heat of the moment, all the planning in the world won’t help you. Having a quick framework, like the questions above, will put you closer to sticking to buying what you truly need and value. And while I haven’t gone on the trip yet, and could regret not buying all the things, I have a feeling I’m going to be alright doing without. Just like all the times I’ve done without before.

Do you get sucked into buying things for vacation, too? How do you avoid impulse buys when you really, really want stuff? If you see yourself as a minimalist, how do you decide what’s necessary and what’s not? 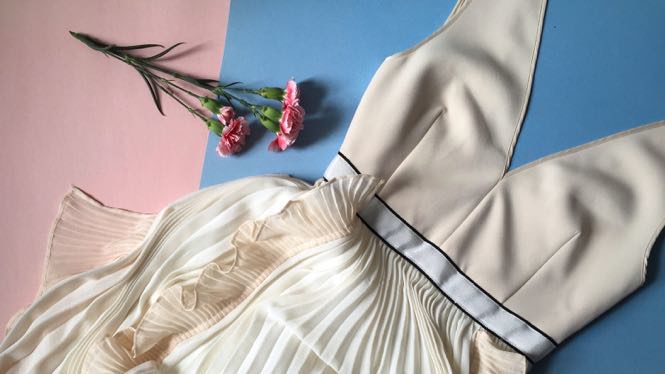 How I Bought My Wedding Outfits from eBay and Saved 70% 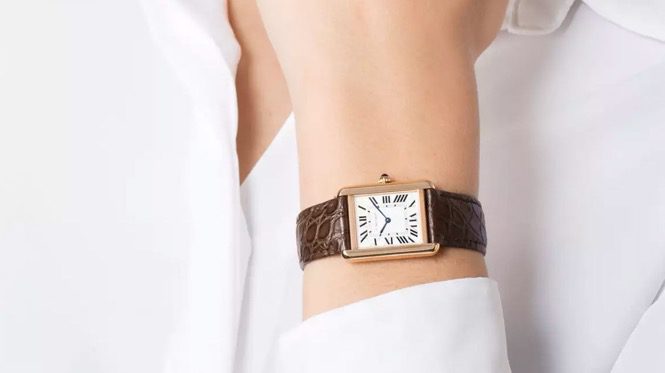 My Responsible Plan for Buying an Expensive, Useless Watch 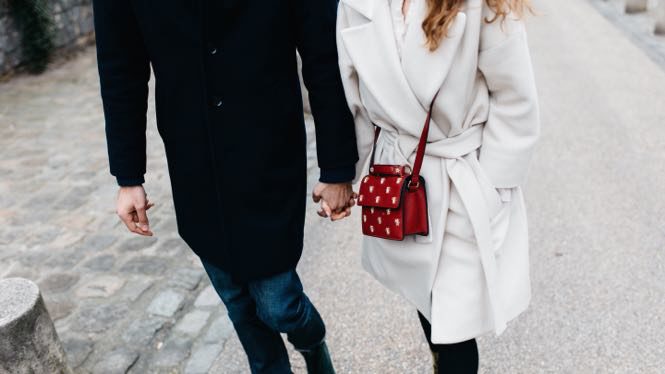