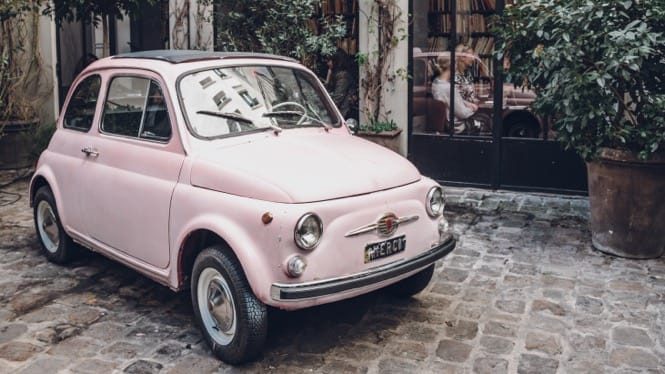 Here’s a reason why you might want to have an emergency fund.

Say you rent a car in LA, decline the insurance, and drop off the car right on time. Per usual.

Then the car rental clerk takes you outside to point out a two-inch dent on the passenger-side door.

Well, here’s a first: you somehow got into a fender bender and didn’t know it.

It’s time to stop imagining, because all of this really happened to me. I was on the hook for $6,157.35 in damages for a car accident I don’t remember being in.

I doubted that a small dent could cost over $6,000. But that was besides the point. What was more pressing was that the charges landed smack dab on my credit card statement and would accrue 20% interest if I didn’t pay the bills in full.

I paid the bills immediately.

But I secretly hoped that even after making countless mistakes, I had managed one good decision: paying for the car rental with my Chase Sapphire Reserve credit card, which offered primary car rental insurance as a free perk.

In theory, Chase was supposed to reimburse you for rental car damage or theft, up to $75,000.

But last month I got home from a trip to Asia, and renewed with hope, pounced on the mail like I’d never received a letter before. After ten months, a dozen e-mails, and more than 30 phone calls later, there it was–a reimbursement check for the full $6,157.35.

Now that I’ve lived through the experience, I’m ready to share some hard lessons about what to do if you damage your car rental, how to protect yourself, and how to avoid the black hole of endless paperwork.

Because the mistakes, guys. I made so many.

I didn’t get to the airport early enough.

One of the biggest disagreements my husband and I have is on the correct buffer time for arriving at the airport.

An avid rule follower, he likes to arrive at the airport per the suggested time. A true optimizer, I like to skate by with 10 minutes to spare.

At the car rental place, I spent too long completing the incident report, stumped on how to describe the “accident” I couldn’t recall. Which then meant I didn’t have time to stop and think, ask questions, or research online for what I should do.

I had to catch my flight.

Next time I’m dropping off a car rental at the airport, I’m going to allow some extra time just in case there’s an issue.

I didn’t document a damn thing.

If I’m being honest, the car rental company could have massively screwed me.

Because I didn’t document a single thing.

When I boarded the plane home, I kicked myself after realizing I didn’t have my own photographs of the dent, nor a copy of the completed incident report. I had zero evidence of anything that happened. If the rental company wanted to, they could have doctored the report or even claimed I was responsible for other damage.

I now always take pictures and videos of the car both before AND after, just to cover myself.

I didn’t proactively file a claim.

With no real recourse against the car rental company, and no recollection of an accident, I had little confidence that filing a claim with Chase would amount to much.

And when I saw the two initial charges hit my credit card, $1,000 total, I naively assumed those were the full damage amounts.

I thought, let me make the problem go away by paying the thousand bucks and moving on with my life. Lesson learned!

So I paid the charges, thinking the ordeal was over.

$1,000 was an expensive lesson, but small enough to me to not bother with paperwork. I chose not to file a claim to recoup that amount with my credit card.

That’s when it occurred to me to call Allied, the car rental company, and ask what was going on, and when the charges would stop.

They explained that they had been trying to reach me for months. That’s funny, I said, I checked my phone records and e-mails and I had nothing.

It turned out that Allied had opened up a claim with Chase on my behalf. And they had been communicating with the benefit administrator by themselves. Sure enough, I looked up the claim # they gave me online, and they had already uploaded the demand letter and pictures of the damage.

While they spelled my name wrong and got other details mixed up, the fact that Allied opened the claim ended up being a huge lucky break.

Now that I’ve detailed all my face-palming mistakes, here are my top takeaways from the whole experience.

Be Aware of Critical Timelines

The “accident” happened on 2/3/18 and Allied submitted the claim on 3/21/18. If you look at the Chase Sapphire coverage timelines below, you can see that if Allied had waited a few more months to report the accident, I would have been out of luck.

After 10 months had gone by with no resolution, the timeline that made me super nervous was the last one–all the requested documents had to be submitted within a year of the damage/theft. What if Eclaims dragged out the process on purpose, so I’d be denied?

If you plan on using your credit card’s rental insurance, it’s worth quickly brushing up on the terms. Ain’t no one gonna read the fine print, but the Chase Sapphire cards have handy one-pagers on their auto rental collision damage waiver policies:

Persistence Is a Key Skill

The reason why I got the claim reimbursed was because I refused to stop following up. I chuckled when I read about other people getting their claims wrapped up in three months flat. I must have have made at least 30 phone calls in a span of 10 months.

Every time I submitted a document, I was told that the one I sent was missing one minor detail, or that they now needed another document to “finalize the claim.”

At the minimum, here’s what I needed to provide:

What took me forever to get from Allied were the itemized body shop estimate, confirmation of Loss of Use fees, and a letter that all the fees had been paid with no outstanding charges.

I quickly realized that neither Allied nor Eclaims had any incentive to be proactive about wrapping up the claim.

When I called Eclaims to check the status, they casually mentioned calling Allied for a missing document and leaving a voicemail. They’d try again “later.” I’m not a productivity genius, but I know leaving voicemails is not how you get things done.

I started hounding both companies separately.

No one from the Claims department at Allied ever seemed to be working, since the line always went to voicemail. So I’d call other departments, as long as a human being picked up, and asked them to help me get the documents I needed.

And with Eclaims, they said that all documents would be reviewed within five days (which was a lie, by the way), so you bet I called exactly five days later to follow up.

Submitting the documents themselves was another laughably inefficient process.

At first I tried to upload documents with the online tool, but they wouldn’t attach.

Since the online tool was broken, I resorted to e-mailing documents into a black hole, then calling Eclaims a few days later to confirm they were received.

While others who have had to file claims report communicating via e-mail, but that wasn’t my experience at all. As of today, I have never received a single e-mail or communication from Eclaims asking me for documentation, confirming receipt of documents, or even a letter informing me that my claim was approved.

These systems, no doubt, are designed to make you give up in frustration. If it was $600, I would have let it go. But the prospect of being out $6,000 made me mad enough to keep calling.

Then it became a game of just One More Document. After I had successfully wrangled what I was told was the last document, suddenly there was yet another document needed to finalize the claim. Or the document was in the Claims Examiner’s queue, and they just hadn’t reviewed it yet.

After 10 months had gone by, I got desperate.

So I went onto LinkedIn and searched for employees at the claims company. I copy/pasted the names of the people who were smiley in their photos and I’d e-mail them in hope they’d escalate my claim for review.

But before resorting to begging random employees for help, I called Eclaims again right before leaving for Asia and was finally told those sweet, sweet words:

Your claim has been approved.

Regardless, even when you feel powerless in a situation, there’s almost always something, however small, you can do to gain a sense of control again.

Good credit is something I take for granted a lot. It never made sense to me when I’d hear people angling to increase their credit score by a couple points. But being in the range of good credit, say, a score of 700 and above, saves you money.

When it comes to car rentals, it had been drilled into my head to always pay with a Chase Sapphire card and decline the car rental company’s Collision Damage Waiver.

I’m a car-less New Yorker who has no reason to have my own auto insurance. The primary coverage included with the Chase Sapphire cards is a huge benefit for people like me.

But I had to have good enough credit to be approved for the card in the first place.

AND, as a sheepishly small win, the $6,000 I paid coded as travel on my Chase Sapphire Reserve card, so I earned 3x points per dollar, or over 18,000 points alone for fronting the damage costs.

It’s worth pondering: if you got hit with a $6,000 bill tomorrow, how would you react?

Maybe you’re a freelancer and forgot to set aside money for taxes. Or you were crossing the street, slipped on a patch of ice, and broke your leg. Or golf-sized hailstones banged up your car rental like crazy (true story). You can’t plan for every scenario.

Almost everyone will have something bad happen to them at some point–they just don’t know when or what exactly.

Considering 40% of Americans can’t cover a $400 emergency, it’s safe to say that many couldn’t cash-flow an even larger unexpected expense like this. If you aren’t doing so already, it’s worth thinking about slowly building up an emergency fund, just in case.

When renting internationally, I’m much more likely to opt for the car rental company’s insurance. Considering how difficult the claims process was for a rental company that’s in the same country, dealing with companies from abroad seems like even more of a hassle.

And it’s worth weighing how much peace of mind means to you. If you’re happy paying double the car rentals costs to include the insurance, then go for it.

Also, an important note: no credit cards that I know of offer liability coverage, in case you or someone else gets hurt, or you damage someone’s property.

OK, so which cards offer Collision Damage Waiver coverage? The two that I personally have and recommend all around are:

For a full list, AwardWallet has a comprehensive, up-to-date post on which cards offer primary car rental insurance.

Have you ever been in an accident while renting a car? Did you know what to do? If not, are you totally combing through your credit card benefits right now? 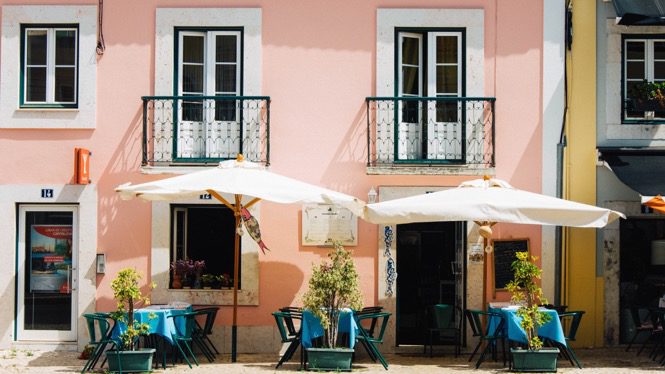 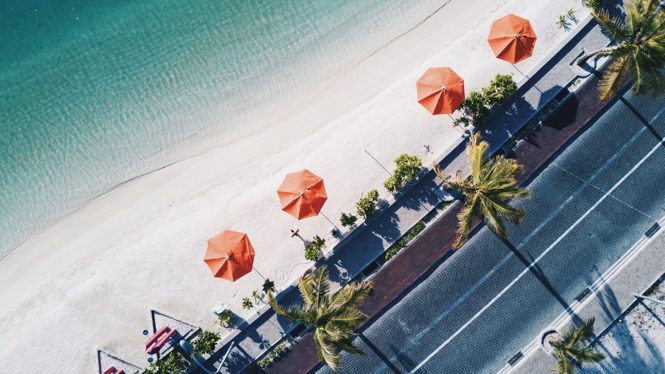 Travel Hacking 101: How It Affects Your Credit and Other Burning Questions 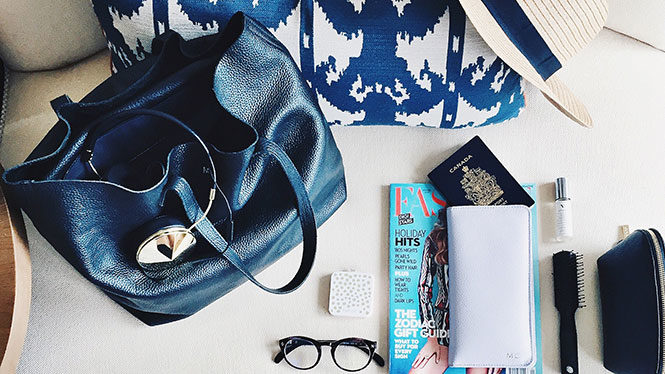