A Family Trip to Hawaii for Less Than $2000 Total 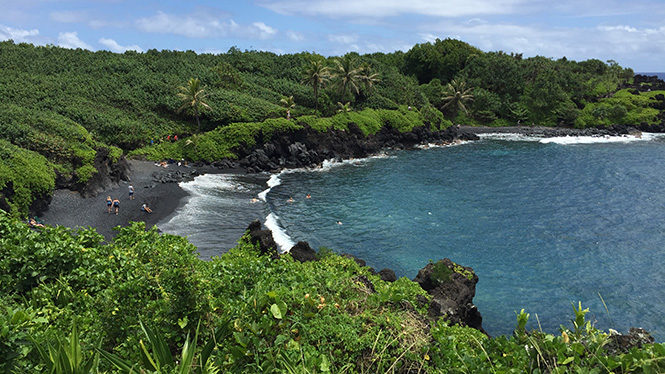 When we were in Hawaii this spring, my mom bought a $12 coconut from a “local fruit stand.” Yeah, the rest of the family teased her for it the entire week. Especially since a few days later she discovered another one for only $5.

When most people think of Hawaii, they think “expensive.” And they aren’t wrong. But with a little bit of planning and imagination, Hawaii can be a budget destination. Coconuts included! I’ll show you exactly how I managed our 6-day family vacation to Maui for less than $2,000 total, or less than $500 per person.

This is most people’s biggest expense. Since I live on the east coast (AKA, far away from Hawaii), out-of-pocket flights from NYC to Maui cost $950 a pop, which totaled $3,800 for four people. Ugh.

But for me, I made it our CHEAPEST expense. How? By strategically using credit card points, I spent 120,000 points and paid just $44.10 in taxes and fees for the flights. In case you’re interested, I outlined exactly how I did it here, and also included four real-life scenarios for how others can do it, too.

Even after spending a lot of points on flights, I still had some left over to book the Andaz Maui, which I heard was amazing. If this were a honeymoon trip, I would have pulled the trigger no doubt. But four people in one room and a single bathroom would have been tight. Our best option for a family trip was to Airbnb it. We’d have multiple bedrooms, two bathrooms, and a kitchen to save on food costs.

The place I chose wasn’t the cheapest. Because we had saved on plane tickets I felt like I could splurge a little on the lodging. I picked a cottage on the West side of Maui, because that area seemed like a good spot for first timers to Hawaii. Its biggest draw was that it had been renovated recently, which stood out in a sea of run-down condos with floral bedspreads. It also had pool access, a washer/dryer, an outdoor patio (or lanai in Hawaiian), and was within walking distance to a nice beach. Beach access was a must! When we arrived, I was also pleasantly surprised to be surrounded by hibiscus and frangipani bushes, which gave off lovely aromas whenever we relaxed outside on the patio.

Our Maui trip was in May of 2017. The summer of 2016, I told my fiancé to sign up for the Chase Sapphire Reserve card (referral link).* If he spent $4,000 in three months, he’d get 100,000 points, lounge access, and a $300 travel credit for each calendar year. That last benefit is key. The travel credit can be used for things like plane tickets, ground transportation, hotels, and, you guessed it, Airbnbs! But I didn’t want to book the place until a few months before the trip. Here’s what we did, knowing we wanted to reserve the travel credits for the Hawaii trip:

1. In 2016, I had my fiancé buy an Airbnb gift card for $300. Then I loaded that into my Airbnb account. The $300 charge was promptly credited on fiancé’s credit card statement.

2. Remember you get the travel credit for EACH CALENDAR YEAR, so once January 2017 rolled around, we were eligible for yet ANOTHER travel credit for $300. In January, I had my fiancé buy a second Airbnb gift card for $300. I loaded it into my my account again. This second $300 charge was also credited on fiancé’s statement.

So with $600 chilling in my Airbnb account, I booked the place a few months ahead, and only paid $1,076 out of pocket.

*The Chase Sapphire Reserve 100,000 points offer is no longer available. However, you can still earn 50,000 points (referral link).

My mom and uncle don’t live in New York, but it was logistically easier if we all flew out of the same place. I bought them bus tickets from where they live to get to the city. Once they arrived, we took an expensive $38 cab ride to get to my apartment. Normally, it costs about $18, but traffic was a joke. We also took cabs to and from the airport, further adding to expenses.

For transportation while we were in Hawaii, we rented the cheapest car option from the Chase Travel portal. Chase was having some sort of promotion where if you booked through their portal, you’d get 10 points per dollar. So, for booking a rental for $191.52, I earned 1,910 points without much of an effort.

A note on the car: So, I’m the type of person who does a ton of research for trips. I don’t need to have everything planned out to the hour, but I like to know all my options. In all my searches, everyone tells you to rent a Jeep. “That’s what you do when you’re in Hawaii. And you need 4-wheel drive for the sketchy roads.” I imagined us driving down the coast, with the top down, the wind going through our hair, traversing muddy roads without a care. But that fantasy cost $160 more. And jimmying the soft top on and off seemed like a hassle. And jeeps are easier to break into. At the last minute, we decided to get a regular economy car.

The roads were absolutely fine, but here’s a benefit I wasn’t expecting. Everyone who was driving a Jeep looked like a MAJOR TOURIST. Every time I saw a jeep or a convertible I automatically thought, “Hey, Tourist.” The point is, you don’t need a Jeep in Hawaii, even though everyone tells you you do. I actually think the smaller the car, the better. With lots of one-way roads and blind drives, you want to be as nimble as possible. You’ll see why in a few.

I was woefully ill-informed about food prices. Example: a package of Stacy’s pita chips that normally costs $2.50 at home cost $7.49. Outrageous!

But I should have known. Maui is an island, so food needs to be flown in from the mainland, resulting in higher prices.

To cut down on food costs, my mom and fiancé bought a bunch of groceries from a nearby Safeway so most of our meals were made at home.

Our first day in Maui, we wanted to take it easy. So we decided to drive up the road to find Julia’s Banana Bread, which has a reputation for being one of the best banana bread shacks ever. We looked at the map. It was only 12 miles up the road, so, a quick jaunt. Or so we thought. After driving 45 minutes through Jurassic-like terrain and navigating hairpin turns, we finally made it. Since the journey was longer than expected we naturally had to load up on more than just banana bread to make the trip worth it. Besides the bread, we also got nut bars and macadamia cookies that were drool-worthy.

Aside from the $12 coconut my mom bought at the worst tourist trap ever, she bought another, cheaper one for $5 from a shack right outside of Hamoa Beach. I also bought a coconut for $7 from Coconut Caboose, a cute food truck off the Kahekili Highway.

I had some grand plans to try Hawaiian poke, but I never got around to it. Instead, days spent on the beach, enjoying breakfast on the patio, etc. got in the way. And I’m just fine with that.

With a varied landscape of beaches, volcanoes and lush rain forests, there was never a shortage of things to do. Here’s how we spent our time:

Beaches
Like I mentioned before, there was a nice beach across the street at the Westin hotel. It still blows my mind that beaches in Hawaii are totally free!

Pool
Our Airbnb had a community pool, so it was nice that people could go take a dip whenever they felt like it.

Road to Hana
The famous road to the town of Hana is 55 miles long, has over 600 hairpin turns, and almost 60 bridges.

Along the way are tons of stops you can take, but there are zero signs. An app to guide you is MANDATORY. We downloaded this Gypsy app, which tracked our location, and the talking guide always gave us a heads-up whenever we were getting close to an attraction we should stop at. Here are some highlights: 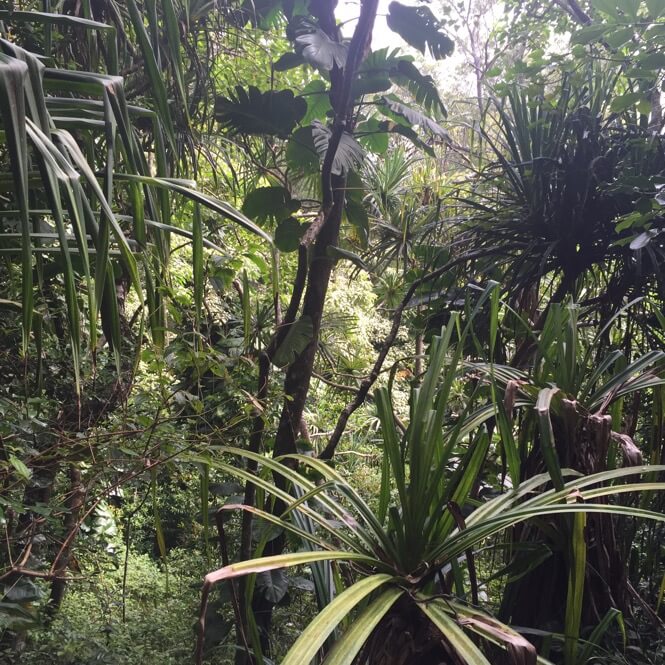 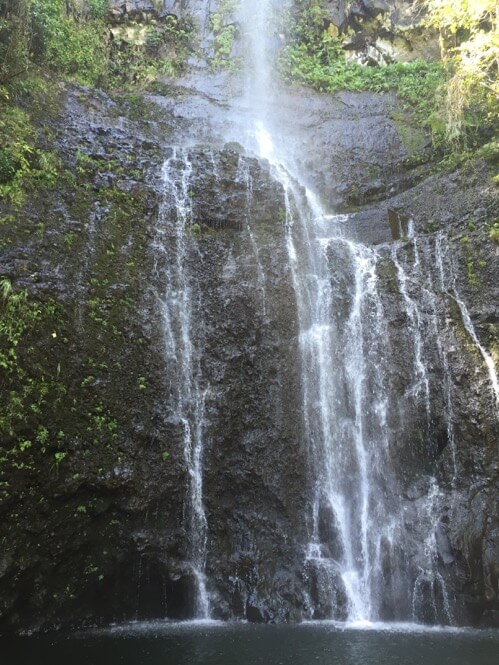 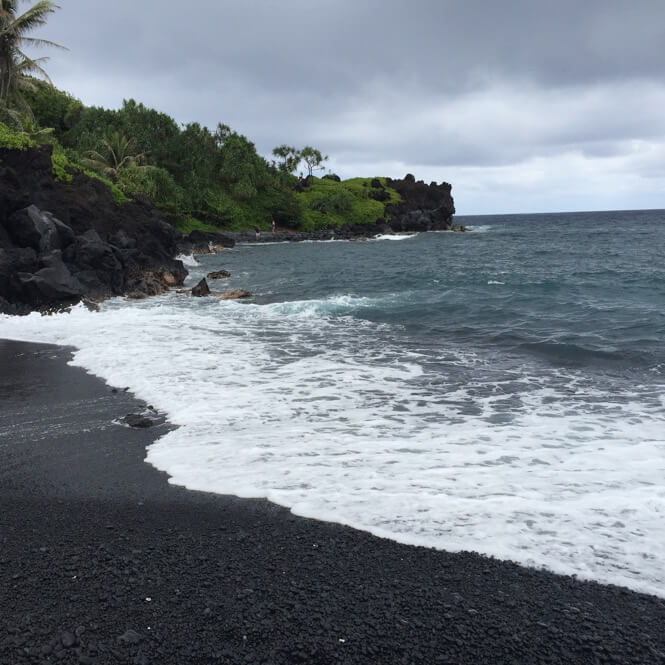 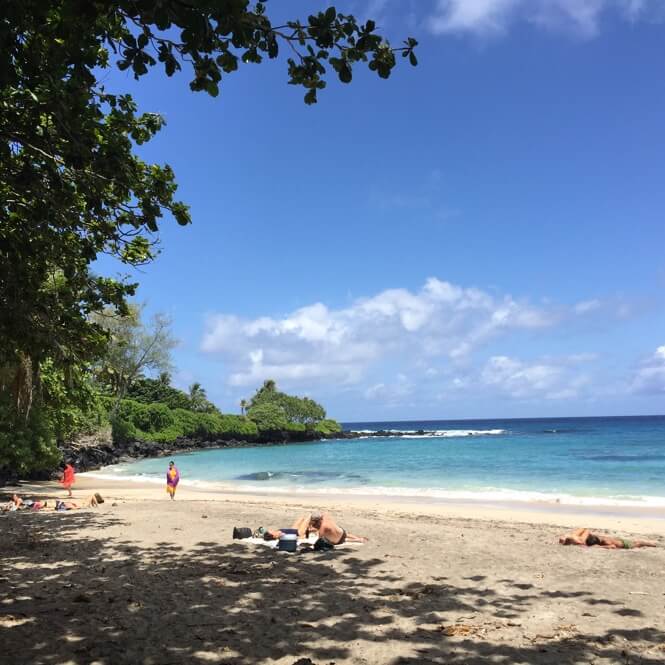 Snorkeling
Instead of paying to rent snorkeling gear, we used the free sets that came with the Airbnb. I washed them out really well, and they did the trick just fine. I had also planned on hitting up the local ‘snorkel’ spot, Black Rock, by the Sheraton hotel, but we couldn’t find parking. We ended up going back to our own local beach and snorkeling there with the gear from the Airbnb. We still saw fish and with my mom using a boogie board for the first time, it was all smiles. 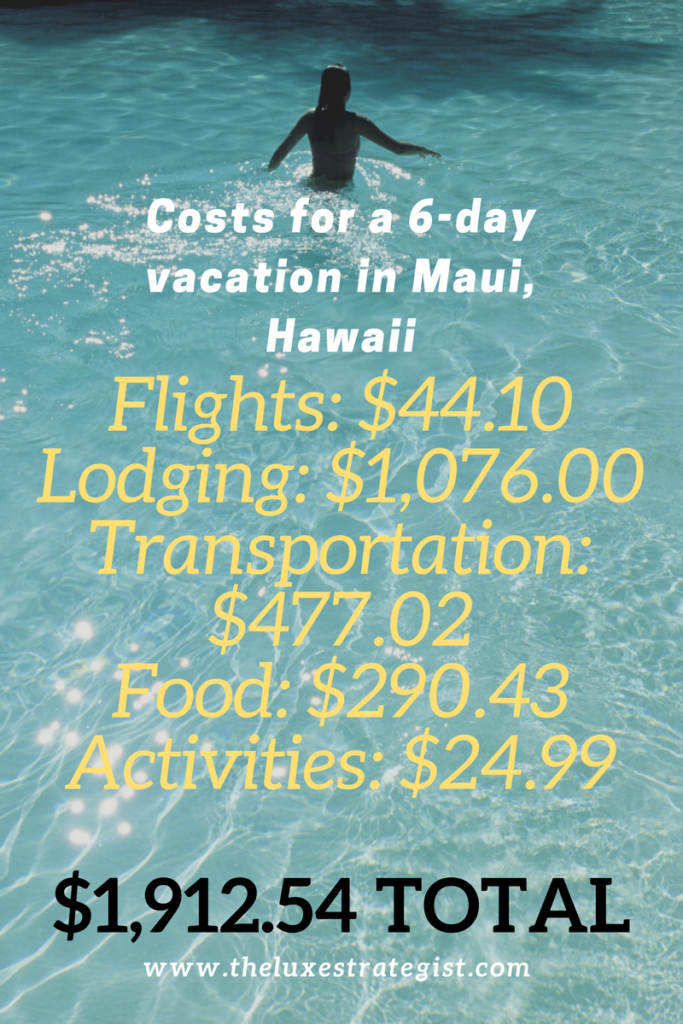 Luaus
Some of you might be thinking, hello, where’s the luau??? Trust me, I researched them all. I thought we needed to go to a luau so my mom and uncle could have the “authentic” experience. But tickets were well over $100, which included food, and I’d read the food and drinks were terrible at these things. Reviews said the best luaus focused more on the history of Hawaii with stories, but with my mom’s limited English skills I think her eyes would have glazed over. Spending over $400 for an experience all of sudden didn’t seem like the best use of money. No regrets.

Paid Tours
I also researched a paid excursion, like snorkeling or fishing. Again, with prices over $100 per person I questioned the value of paying for something like this. At the end of the day, the freedom to be able to do whatever we want whenever we wanted was more important than a once-in-a-lifetime experience.

What I Would Have Done Differently

With a variety of activities to make everyone happy, this trip was practically perfect, but if I had to do it over again, here are a few things I would have changed:

If I had paid the face value of the trip, total cost would have been a whopping $5700. That’s more than my yearly budget for travel. But with good planning and maximizing credit card points, a dream vacation to paradise is totally within reach. And once you get to Hawaii, it’s only as expensive as you make it. Don’t feel like you need to do all the activities, like helicopter rides, touristy luaus, or guided tours. With so much natural beauty, just driving around the coast of Hawaii is a priceless attraction in itself.

Have you been to Hawaii? If so, how did your costs compare? 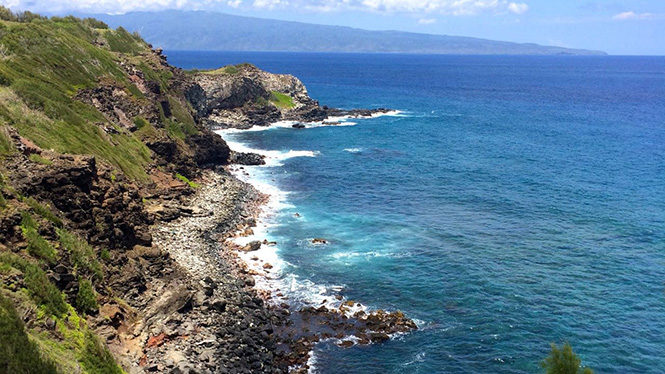 Travel Hacking Hawaii: How I Booked Four Flights to Maui for $45 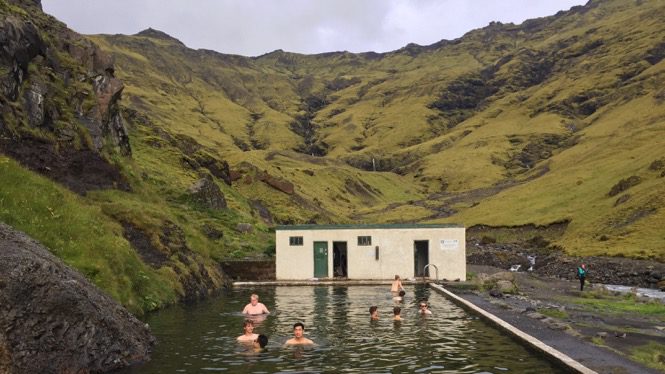 How I Saved 50% Off a Week-Long Trip to Iceland: No Camping Required 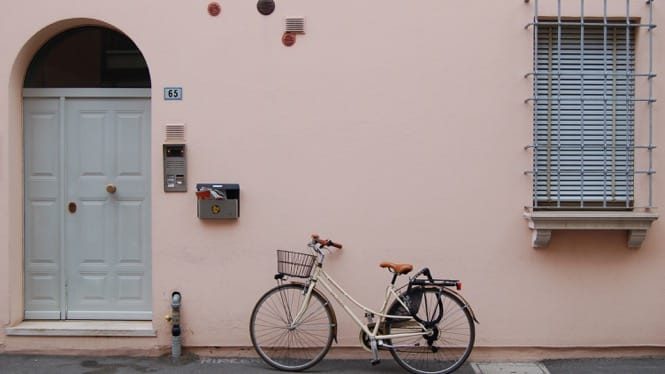