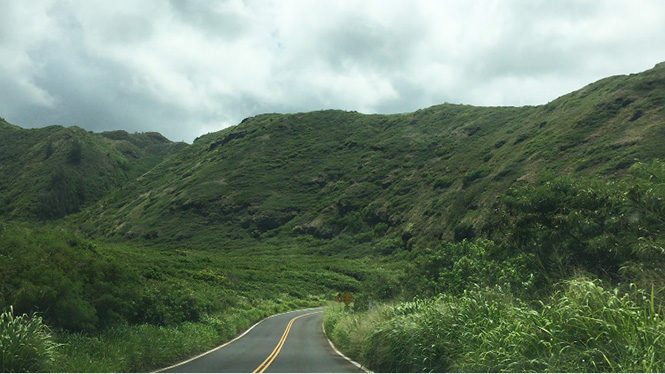 To get around in New York, most days I take the train. But every once in a while I take the bus. Though slower, the bus is like the scenic route, and I notice my day gets a little bit brighter when I take in the sights along the way. Seeing the city in a new way, when most of the time I’m rushing from point A to B. And even though getting to my final destination takes longer, it still feels like a treat.

When it comes to figuring out money, you could say I took the scenic route.

Compared to other money bloggers, I used to be straight-up reckless. Nowadays, I like to think I’m a calculated risk taker. But when I was fresh out of college, it was my goal to avoid #adulting for as long as possible. This lasted for three years.

Three years where I didn’t have a full-time job. On purpose.

Let’s see what that did to my net worth.

A Brief History of My First Three Years Out of School

Year 1 – I graduated college with an English degree, no job and 17k in student loans. My only “plan?” Backpacking through Europe with my best friend. The other things could wait. To save money, my best friend and I shared a bedroom paying $188 a month each, sleeping on mattresses on the floor. We then found the highest-paying jobs we could: painting and maintaining dorm rooms for $8.50 an hour. Yes, I was basically a handyman. I could barely use a drill, but I showed up every day at 7am. Once we saved up $1,500 each, we bought plane tickets and quit our jobs. After I got back from Europe I moved home to figure out a game plan. A local newspaper offered me a job, but I turned it down. I worked at my college newspaper, but I knew it wasn’t what I wanted to do in life. Instead, I took a job as a delivery driver for a Chinese/Japanese restaurant making $7/hour plus tips. A little while after that I went to Asia for a month to visit relatives, and continue avoiding getting a real job.
Net worth: -$17,000

Year 2 – With some money saved, I moved to Boston and lived in this Russian couple’s home office for $450 a month. I blasted out my resume to a few temp agencies and landed a gig coordinating workshops for $11.85/hour. My boss asked me to apply for full time; I said no. Meanwhile, one of my favorite hobbies was hitting up thrift stores and hunting for gems. If I found something that was vintage and beautifully made, I bought it, even if it wasn’t my size. Soon my vintage collection was taking over my entire room. Then I had an idea: I’d try to sell the clothes online. At night and on the weekends, using my ghetto HTML skills from college and bootlegged Photoshop software, I designed and built an online shop. I made my first sale in a day.
Net worth: -$16,000

Year 3 – This is when things stop being cute. I decide to quit my steady, temp job to focus on the online business full time. At the same point, I had to rush to find a new apartment, and the only one I could find before being officially homeless was a $725 studio. The clothes were selling well enough, but not enough to cover my expenses. I further added to the debt by investing in myself and spending hundreds of dollars on classes. I’ve now earned $6,000 in credit card debt.
Net worth: -$24,000

So, to Summarize, I Made Some “Questionable” Financial Decisions

In total, I managed to dig myself into a $24,000 hole. I can imagine the Personal Finance Gods up above, throwing down a lightning bolt for each of my sins:

I chose a major that wasn’t tied to a specific job. I started school undeclared, and by the time sophomore year rolled around, English seemed like the best fit. I liked reading and writing. Nevermind that my mom never understood how to explain my major to her friends.

I prioritized travel over getting a job or paying back my student loans. When I was a kid, there wasn’t a single vacation, not even a camping trip. My mom didn’t go back to her home country for 22 years. TWENTY-TWO YEARS. Growing up, I watched her make excuse after excuse for never returning. I didn’t want to be like that. So for the first time ever, as a newly minted graduate, travel was an option. I could go wherever I wanted, if I put my mind to it. I also recognized that this was the best time in my life to travel cheaply. I had low standards, and could stomach rough-and-tumble travel, like hostels and overnight trains. Once I started working for real, I’d probably rarely have the chance to travel for months on end. So if I didn’t do it while I was really young, I’d probably never do it.

I turned down two job offers. As a free-spirited 22-year-old, when I thought about a full-time job I saw shackles and chains. I wasn’t ready for that just yet.

I started a business that wasn’t scalable. I got high off the idea of owning my own business, but as a one-person shop, I struggled to do everything myself and also keep merchandise levels high.

But what if I had followed the well-trodden path? Graduated college, got a job right away, collected my 401k match, stayed at the same company for years. I could look at it like this: Luxe, you dummy, that’s THREE years of savings and compounding you missed out on. You could have been retired by now.

I choose to look at it like this instead:

Life isn’t always about money. Sometimes instead of committing to a job, it’s about being able to see most of western Europe by the time you’re 22. Or instead of a 401k, it’s about having enough faith in yourself to start your own business from scratch. Or instead of taking the first job that comes your way, trusting your intuition that there’s something bigger and better out there for you. When you’re that young, the possibilities are endless. There is never a time in your life where you can be 100% selfish and not seem like a jerk. Because when you get a partner or have kids, that percentage dwindles. That’s just how it works. It doesn’t mean it’s a bad thing; it just means your life becomes different.

The important thing is, I saw that there was more than one path, and I made a choice. I chose adventure. I didn’t just accept the default path that society told me I should follow. If I hadn’t at least tried to do the things I did, I would have always wondered, “What if?”

How I Got It Together

Eventually, I figured out that being an adult wasn’t so bad. I accepted my first full-time job, which I loved. I realized that settling down with a job doesn’t necessarily mean settling, which was my worst fear. And slowly but surely, I dug myself out of that $24,000 hole. Now I’m amassing the kind of money I never thought would be possible for someone like me. How?

Did I luck into a seven-figure salary? Here’s a look at my salary history so you can see that for the first five years I had pretty average paychecks, all while living in big cities:

Nope, to turn my money situation around, I used the tried-and-true tactics:

I saved aggressively. Once I did get my first salary, I didn’t just save up just enough to get my 401k match. I started out saving 15%, and kept increasing it from there. I had some catch-up to do.

I dusted off my frugality skills. My mom didn’t have any financial know-how to teach me, but she can out-frugal anyone any day of the week. What I learned growing up was that you don’t need a ton of stuff to be happy. My saving grace was reverting back to my kid days: no eating out, simple at-home cooking, no vacations, no going out. Staying home reading library books and working on sewing projects? Just as fun and way more productive.

I kept fixed expenses low. Reducing recurring expenses, like rent, was critical. Even though I’ve lived in cities, I never felt entitled to living alone in a nice place. For the most part, I either found roommates or lived in less-happening neighborhoods to keep monthly housing costs under $600.

I majored in something “useless”, I grew up a Financial Unaware, and worked in low-paying industries as a Creative Person. Usually, those three things aren’t the secret sauce to accelerating wealth. Nowadays people make it seem like if you don’t have the foresight to major in engineering as an 18-year-old, then you’re doomed for pauper status. I don’t believe in that.

So what do I have to show for my seemingly counterproductive qualities? As of today, my net worth is around $270k by myself. I lived in cities, so don’t have a house or a car to include. If I keep doing exactly what I’m doing, I’ll be a millionaire in about nine years. To some people, my number is chump change. To others, that amount seems way out of reach. It’s easy to see someone’s net worth number and feel bad about yourself. But here’s the thing that I think people forget: everybody starts out at a different spot. Some people start out three steps ahead; some start ten steps behind.

If your financial snapshot looks bleak right now, don’t beat yourself up so much over past decisions.

There are a million factors that affect your money life. Like:

Maybe you were dealt some crappy cards.
Maybe you graduated with crippling student debt.
Maybe you didn’t realize you were doing it “wrong” until you were 40.
Maybe you grew up thinking that new stuff equals happiness.
Maybe, like me, you chose adventure.

You don’t need to make perfect decisions to end up OK. But here’s what you have to do—wherever you are right now, you have to make an active choice, instead of humming along on the status quo train. You have to decide yourself that you want to make a change.

Some of us took the scenic route, and some of us didn’t. There isn’t a one-size-fits-all path to doing money. But there are some basic principles that can apply to anyone’s situation. In future posts, I’ll write about actionable, practical steps you can take to actually get good with money, because this post is already way too long. Clearly, I’m incapable of writing short, pithy blog posts 🙂

And while my money situation is always a work in progress, I know I’ll get to where I’m going, too. But I’m going to do it on my own terms and on my own timeline.

Were you a financial late bloomer? If not, do you think my decisions were questionable? 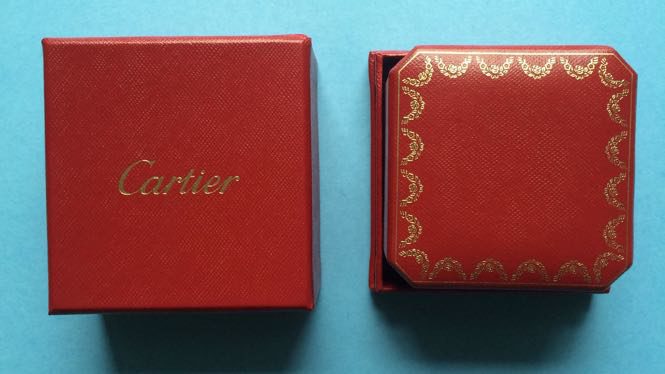 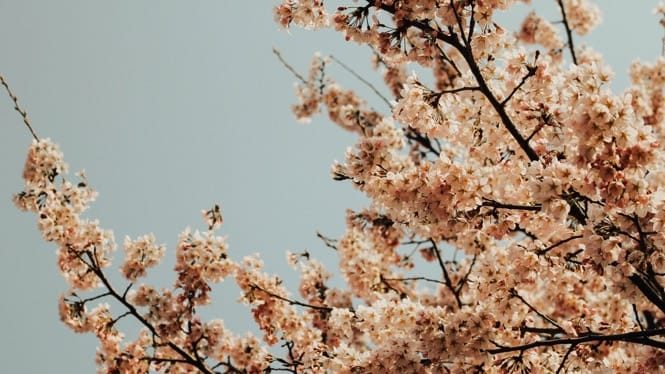 How I Got a Job in Fashion with No Experience