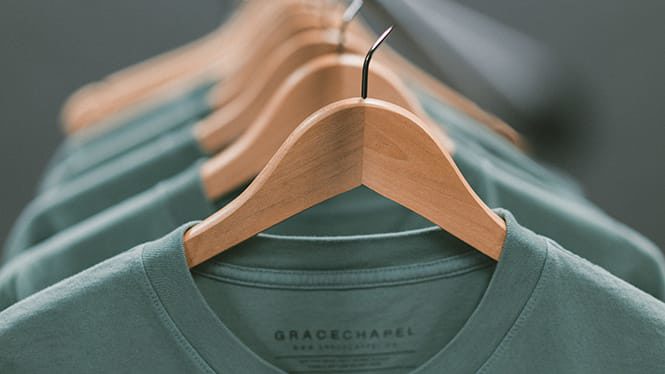 To me Black Friday is just another sale. It’s up to me to wade through the noise and vet whether or not the deals are legit (they’re usually not).

30% off on something that usually goes on sale anyway? Yawn.

30% off on something that never goes on sale? Now we’re talking.

There’s a lot of stigma that comes along with shopping on Black Friday, but I judge my shopping habits as a whole, and not just by one day.

Some years I don’t shop Black Friday at all. It’s not a consistent pattern for me, and I can take it or leave it.

I also don’t shop in seasons. If I identify a need then the season doesn’t matter. Last fall I was looking for sandals. I never found any, so I went without. But I’m very proactive about what I think I will need later down the line, and I rarely buy things I need “right now.”

And my monthly shopping cadence is haphazard at best. For four months I either didn’t buy anything, sold a bunch of stuff, or returned items from the previous month. 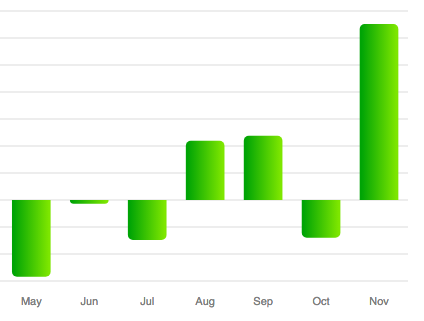 As I’ve mentioned before, this is one reason I’d be a terrible style or fashion influencer.

Overall, I think my shopping habits are pretty healthy. I’m debt-free, and the annual amount that I spend is way less than the recommended 5% of my salary.

Plus, holding off on buying things until sales hit can be super strategic. Even though I can buy many things full-priced, I typically don’t until they are on sale.

Along with Black Friday sales, there are three more types of discounts you can stack around this time:

So this year I walked away spending $900. Let’s see what I bought, and what I left behind.

*Some affiliate links below*

Not a Black Friday deal, but sales started rolling in last Monday. This is the coat I mentioned in my wardrobe essentials post. Over the last few weeks, I checked 24 Sevres a few times and it was sold out. One day I checked again and they had one in my size. And it was half off! I thought it might be too good to be true, so I held my breath while checking out, but the transaction went through. I also used the cash-back site Jewel to earn 8% back. I do consider cash-back earnings to be savings, because I don’t touch that money at all.

I’ve bought two navy blue coats from this brand in the past, so this is a very safe bet. My current coat has another season left in it, so I’m going to wait before I bust this one out. In terms of price, I don’t think I could have gotten cheaper even if I flew to Paris and bought it with the VAT refund. I did end up buying the last one from that store, but right now the lowest price I see for it is here.

This was another pre-Black Friday buy. I realized I still had the same set of bleached towels since college so I decided it’s finally time to upgrade. My mom’s friend gave me a bath towel once, and I noticed it was much plusher and generally more enjoyable to use than the thin, scratchy ones I grew up with. I bought three bath towels and three wash cloths.

To stack discounts, eBates was offering 14% cash back, and my American Express card was offering $10 off a $100 purchase from select department stores.

Also, I know I shouldn’t be shocked, but I am so not used to bath towel prices. I couldn’t believe my eyes when I saw a standard wash cloth at Macy’s retailed for $16.

Yes, I buy expensive candles. I like the scents and these ones throw off a much stronger fragrance than others. I’ve paid the full price for these candles before, so it made sense to buy some while there was a discount. I got a larger size of the Baies candle and also the three-candle set. Neiman Marcus was offering $50 off a $200 purchase on beauty and fragrances, plus I used eBates and my Chase Freedom card for extra cash back.

This was an opportunity to stock up on a staple, even though I don’t need it this very second. I’m using another BHA product of hers that I like much less (too sticky), so after I’m done with that so-so product I’m gonna go back to the original BHA.

The cables that come with my phone can be a little too short, and my first-world problem is having to constantly reach down to the floor to grab mine. I’ve had one of these before, but it went defunct at some point, which is bound to happen with any cable. However, I’ve noticed Native Union now has a warranty program, so I hope to get replacements if something happens.

I was so smug about not using a phone case for my work phone, but then I dropped it in a bowl of cat food. The squishy nature of the cat food did nothing to break the phone’s fall. Result: cracked screen. Plus, I take a lot of pictures of food, so the lighting features can come in handy.

I’ve been wanting to switch web hosting companies for quite some time now, and I heard that there were Black Friday deals, so I waited until now. I don’t demand much from web hosting companies, but I want the site to perform a little faster and to not have my e-mail inbox be full all the time.

You have to be careful with these tech deals, because they’re notorious for fake, inflated pricing. I did a bunch of searches for Siteground and saw that yeah, the original prices probably were inflated, but the sale price was still a discount.

Siteground will also migrate my site for me for free (normally it costs $30), which will make my life easier.

If you’re itching to judge me for my spending, here’s your chance:

I bought a pair of Prada shoes.

I came across these in the last few weeks and kept imagining them with a couple outfits from my closet. But of course the price was a barrier. Then I saw Browns Fashion was having a sale. These shoes were marked down by 50%, then there was a 20% off promo code, plus 8% cash back with eBates. They seem to be selling well at the full price at other stores, so I don’t think I could have waited for a better sale after Christmas. They’re not an everyday shoe, so if I end up keeping these, I will definitely be purging another pair of shoes from my closet.

What I Didn’t Buy

Normally Hulu costs $7.99 per month, but they’re running a promo where you can sign up for 99 cents per month, for 12 months.

How the decision went down in our house:

Me: “I don’t even know what shows are on Hulu.”

Husband: “Well, there’s your answer for whether we should get it or not.”

I know it’s ‘hey-it’s-only-99-cents-who-cares’ level, but we already have more than enough subscriptions, and I don’t want another to track.

OK, the one thing I was specifically looking for, I didn’t buy! I have the most helpful Instagram friends (hi, Shanny and Bethany!) who sent me several deal options. Ones from good brands like Bose, Sony and Sennheiser.

But I was afraid of overbuying.

Even with the discounts, these options were $150+, and I thought they might be too feature-rich for what I actually need.

All the use cases on the product sites were things I don’t do: I don’t personally need noise-canceling, I’m not sophisticated enough to tell the difference between good sound and bad sound (I’m sorry, audiophiles), and I don’t use earphones to talk on the phone. I just need something that won’t annoy me to transport, can easily be pulled out when I’m on the train, and for using at work and at home.

As nice as the Bose ones are, and I do love top-notch quality, I don’t really need Bose.

Right now I’m leaning toward the Enacfire wireless ear bud options I linked in my gift guide, as they probably fit my actual use cases best.

Ugh, so I had no idea that there were power strips that looked “designed.” Obviously that’s my weakness! A lot of their sales were buy one get one free, but I thought that was too excessive. Especially as I hadn’t tried even one of chargers yet. And I read that it charged a laptop slowly. If it’s not effective, then it doesn’t matter how nice it looks.

A few weeks ago I added these Proenza Schouler boots to my Pinterest wishlist. Last week I saw them on sale at bunch of places, but the sale price still isn’t good enough for me. These are definitely something I will check in on after Christmas, though.

Some people dream about cars. I dream about electric toothbrushes. The one lifestyle inflation move I’d recommend to anyone is ditching a manual toothbrush. They don’t clean as a well as electric ones. Anyway, the Sonicare DiamondClean is so sleek it basically belongs in an art museum, and the price is down to $120 from $200.

But I bought a mid-range brush last year, and there’s absolutely nothing wrong with it. Again, I’d just be getting caught up in aesthetics. Over the summer this was an Amazon Prime Day deal for less than $120, so I know there will be another, better deal in the future.

All the sales seemed to start earlier this year, and most of the pre-Black Friday discounts were better than the actual day-of sales. So if the item you want is popular and inventory is limited, it’s probably better to get it early. Otherwise, the real clothing deals tend to happen after Christmas.

Did you shop sales last week? How did you decide what to buy or what to skip? 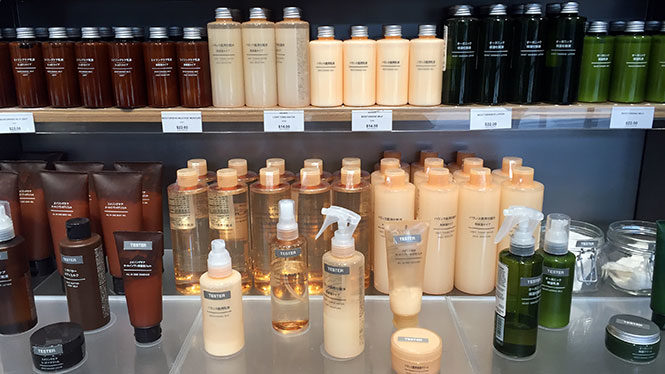 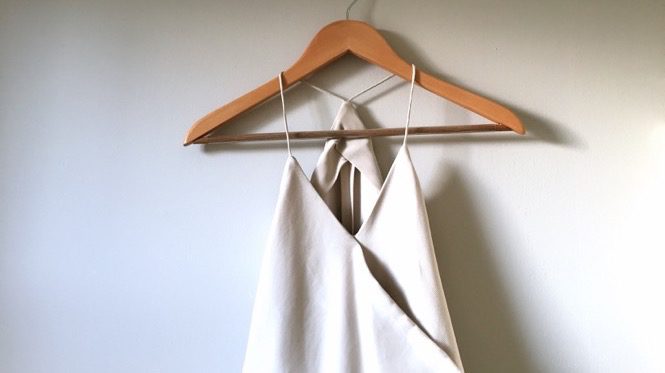 I Might Say Yes to the Dress, But Probably Not